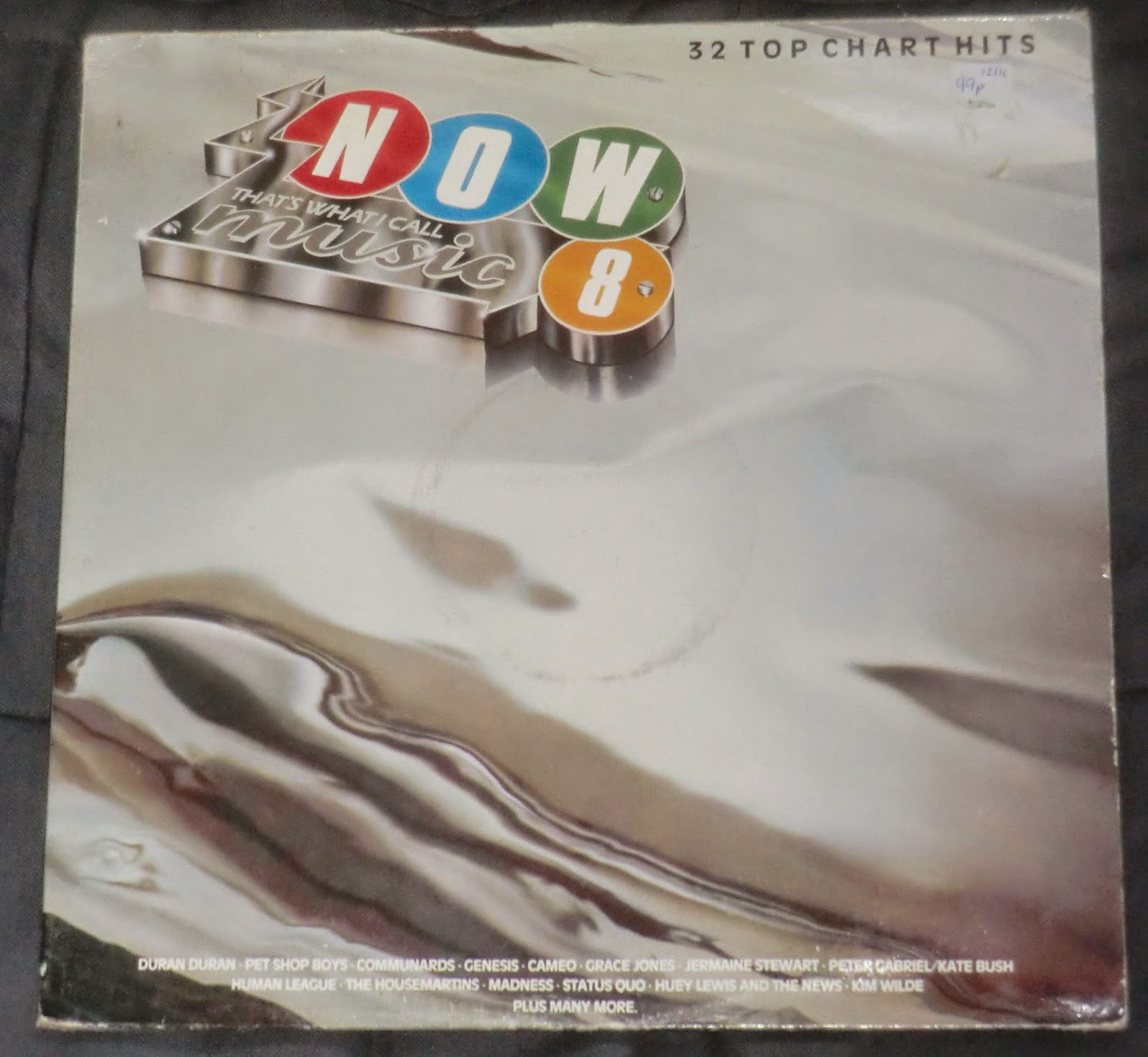 Starting a new album again here, so as a slight experiment I'm putting this part before any details of the track itself. Now 8 seems a logical enough way to follow Now 38, especially as it's the only one of the first 10 I haven't already done. Fitting in with my album-every-two-months schedule means that the short month of February is a good time to do the shorter 1980s albums. Besides, there are some real gems and a few surprises on here. Now 8 is also notable as the second album in the series to come out on CD, albeit again in a truncated single-disc version. Unlike the Now 4 compact disc, though, the Now 8 CD was drawn entirely from the vinyl and cassette versions so I have tagged the crossover tracks. As you may see from the image accompanying this post, my own copy of the album isn't in the best of condition but it's good enough and all sleevenotes are intact, so let's get going...


Roared into the chart at No. 14 on 28th October after just one week on release.

Because we're in the era when there were only two Now albums a year (1985-7), it's less obvious than it might have been that Duran Duran were on a bit of a hiatus in the middle of the decade, save for the one-off James Bond theme 'A View To A Kill' on Now 5. 'Notorious' and the parent album of the same name marked their resumption, although by the time the record was finished they were two Taylors short with Roger Taylor in retirement and Andy Taylor estranged: he grudgingly took part in some recording sessions but left amid much acrimony. Some reports have it that he tried to stop the remaining trio using the group name, which would perhaps explain why the single and album covers just say "Duran Notorious". They were able to retain the services of Nile Rodgers as producer and guitarist for these sessions, which should in theory have been a good fit for the funk direction they were aiming at but as usual there's something profoundly unfunky about Duran. Maybe this track suffers particularly from the protracted recording sessions but it feels like there's a fundamental tension between the desire for a smoothly metronomic sound and the human element needed to give the track drive. The hip-hop-influenced repetitions of the title in the chorus certainly stick in the mind but unfortunately they always sound better in my memory than in the finished track. The song is apparently supposed to be quite a bitter one (the "flaky bandit" mentioned in the lyric is supposedly Andy Taylor) but the anger comes through no more convincingly than the funk. I don't want to sound like I have some anti-Duran bias but I've not really enjoyed any of their Now appearances yet, it somehow keeps feeling like a chore.